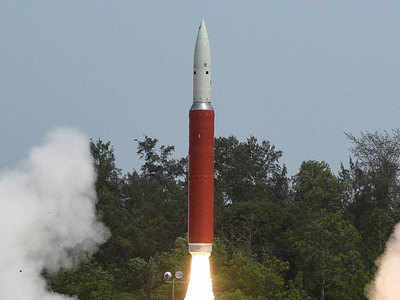 Defence Research and Development Organisation (DRDO) successfully carried out an Anti-Satellite (ASAT) missile test on Wednesday, March 27th, 2019. This test was named “Mission Shakti” and it was conducted from Dr APJ Abdul Kalam Island in Odisha. Developed by DRDO, this BMD interceptor missile destroyed a live out of service Indian satellite in low Earth Orbit.

“Mission Shakti” was carried out around 11:16AM on wednesday. The missile targeted an Indian satellite which was in the Low Earth Orbit (LEO) at a height of 300 Km from earth’s surface. This test was completed successfully in 3 minutes. This achievement is confirmed by the tracking data from range sensors.

This interceptor missile is said to be a three-staged missile that has two solid rocket boosters for further push in the orbit. BMD interceptor missile is capable of tracking, detection, interception, and destruction of attacking missiles. Successful completion of this test led India achieve new dimension in space technology.

For the first time in the history of DRDO, a mission’s success details are given by a prime minister of India. Prime minister Narendra Modi addressed the nation and announced that India joins an elite club of space super powers along with US, Russia & China. He said that India had successfully conducted a ASAT missile test that shot down a live satellite.

He also tweeted “In the journey of every nation there are moments that bring utmost pride and have a historic impact on generations to come. One such moment is today. India has successfully tested the Anti-Satellite (ASAT) Missile. Congratulations to everyone on the success of #MissionShakti.”

Prime minister tweeted later “#MissionShakti is special for 2 reasons: (1) India is only the 4th country to acquire such a specialised & modern capability. (2) Entire effort is indigenous. India stands tall as a space power! It will make India stronger, even more secure and will further peace and harmony.”

Got Queries? Ask with #MissionShakti