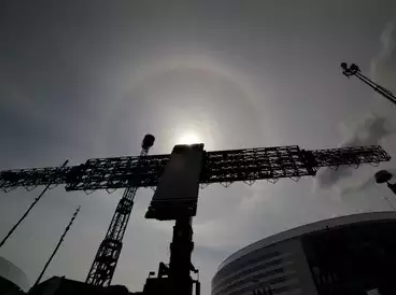 Prime Minister Narendra Modi’s statement, during a TV interview amid the heat of Lok Sabha poll campaign, that “clouds could actually help our planes escape the radars” in reference to the IAF air strike in Pakistan had sparked a nationwide debate recently on the functioning of radar. The social media was flooded with tweets and posts criticising Modi for deciding on critical and strategic missions without an in-depth knowledge about defence matters.

However, recent statements of Army chief General Bipin Rawat and Air Marshal Raghunath Nambiar, commanding-in-chief of the western air command, supporting the PM’s cloud remark have given some weightage or sense to Modi’s logic as they have come directly from the military brass.
Addressing the media on the sidelines of the passing-out ceremony at Indian Naval Academy in Kerala’s Ezhimala on May 25, General Rawat said that “there are various kinds of radars working with different technologies. Some have the capacity to see through, some don’t have the capacity to see through.”

The debate of discussion revolved around the IAF aerial strike on a Jaish terror camp in Pakistan’s Balakot in the early hours of February 26, when that region of Pakistan had a dense cloud cover and it was heavily raining.
During the TV interview, the PM had said, “The weather suddenly turned bad, there were clouds… heavy rain. There was a doubt about whether we can go in the clouds. During a review (of the Balakot plan), by and large, the opinion of experts was — what if we change the date. I had two issues in mind. One was secrecy, second, I said I am not someone who knows the science. I said there is so much cloud and rain. There is a benefit. I have raw wisdom, the clouds can benefit us too. We can escape the radar. Everyone was confused. Ultimately I said there are clouds… let’s proceed,” the Prime Minister had stated in an interview during election campaigning.

To know whether a cloud cover could affect the working of ground-based radars, TOI spoke to a few defence and space scientists and their opinion about the PM’s cloud statement.

Justifying Modi’s statement, Ravi Gupta said that “the PM was actually talking in a layman’s language when he was talking about the Balakot operation to explain that the cloud cover actually played to India’s advantage”.

Giving details of radars, the DRDO veteran said, “There are two types of radars: one for surveillance purpose and the other for tracking. Surveillance radars detect enemy or invading aircraft even on cloudy days as electromagnetic waves from radars travel in straight line and even penetrate clouds. However, dense clouds could weaken the signals. A tracking radar can find it difficult to pinpoint the exact location of fast-moving targets like fighter aircraft if there is a dense cloud cover.”

The DRDO veteran said “a cloud cover not only affects the performance of radars but even slows down the enemy’s counter-action to the aerial strike. One can strike enemy fighter planes through anti-aircraft guns only if they are flying at low altitude, through a surface-to-air missile or through a dogfight. On cloudy days, even dogfight becomes difficult.”

Tapan Misra, a veteran space scientist of Indian Space Research Organisation (Isro), explained to TOI the working of satellite- and ground-based radars. Isro chairman adviser Misra, the former director of Ahmedabad-based Space Applications Centre, is known as the architect of the desi synthetic aperture radar (SAR) as he played a significant role in the development of indigenous satellite-based SAR.

He said, “When we see an image on the earth from space with the help of a surveillance satellite, imaging radars (like Risat-SAR) within a satellite see through clouds quite well as they look straight down and encounter only a small cross-section of clouds. In such a case, radar signal is attenuated slightly. Despite the fact that radar signal travels in vertical direction and encounters minimum cloud cross-section, we come across loss in DTH signals in our home TVs under moderate cloud condition.”

The veteran space scientist explained that when it comes to ground-based radars, it’s a different story altogether. “Radar pulses travel to target (aircraft) and then get reflected. So they undergo two-way loss as compared to one-way loss in satellite communication signal,” he said.
Opposition parties targeted Modi saying if “we go by the PM’s logic, then all civilian aircraft will stop working under a cloud cover or adverse weather condition”.

Giving a scientific reason why civilian aircraft fly normally in cloudy weather, the veteran space scientist said, “The friendly fighter or passenger aircraft are tracked by transponder mode. The weak radar signal received by the aircraft is amplified by its transponder and sent back (bounce). So the losses in radar signal transmission are compensated by the transponder. So, transponder tracking is more resilient to atmospheric cloud or rain losses. Further, such (civilian or ATC) radars are operated at low-frequencies in L and S band, minimising the losses. But in cases of enemy fighter aircraft, transponders are switched off during an invasion. Only way to track them is by skin-mode tracking (signals reflected by the aircraft’s body), where signals reflected from invading aircraft are detected. Nowadays, fighter aircraft, due to their advanced or stealth design, have low-radar cross-section, this means only a small fraction of microwaves, to the tune of one tenth to one hundredth, bounces. Coupled with atmospheric losses, the effective tracking range of radars is reduced under very adverse weather condition.”

“So, under bad weather condition, enemy aircraft are detected when they are close to the target that hardly leave any reaction time for launching counter-action. So technically, bad weather helps invade aircraft ‘escape’ easily,” explained Tapan Misra.