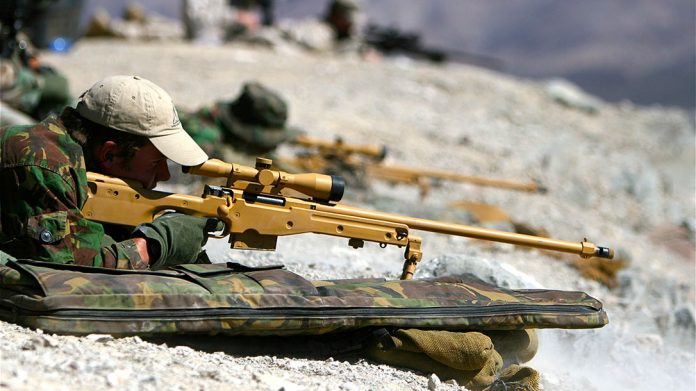 Elite units of the Indian Army, equipped with deadly new sniper rifles, have been deployed along the Line of Control with Pakistan after special training from American and Italian experts.

Sources in the Army told ThePrint that units carrying the Beretta .338 Lapua Magnum Scorpio TGT and the Barrett .50 calibre M95 have been deployed at the LoC ahead of the infiltration season, which is expected to start soon.

Specials units, along with some regular soldiers from the LoC battalions, have been trained by experts from abroad on the use of these weapons and the different kinds of ammunition to be used based on operational requirements.

Sources said since these rifles have a much longer range and power than the ageing Russian Dragunov that the soldiers were using until now, specialised training had to be given so that targets could be taken out at over 1,000 metres with precision.

The gun, which is in use with many special forces around the world, is a bolt-action sniper rifle chambered in a .50 Browing Machine Gun cartridge (12.7×99mm).

With an unloaded gun weighing about 10 kg, the M95 first came out in 1995, and is part of the Barrett M82 family, the first notable American made .50 calibre anti-material rifles introduced in 1982.

The rifle feeds from a five-round detachable box magazine, and is lighter and more compact than earlier products.

The other rifle handed to troops along the LoC is the Victrix Armaments .338 Lapua Magnum Scorpio TGT, owned by Italian firm Beretta.

It was developed in the 1980s as a high-powered, long-range cartridge for military snipers. It was used in the Afghanistan war and the Iraq war.

Although the .338 Lapua Magnum was initially developed to penetrate body armour at 1,000 metres, it has been used effectively to 1,500 metres and beyond, and holds the distinction of being part of some of the record-breaking sniper shots in war.

At least 30 countries use the .338 Lapua Magnum sniper rifles, and over a dozen manufacturers produce guns, in multiple configurations, in this calibre.

Also Read: Indian army plans to use AI to take the fight to the next level