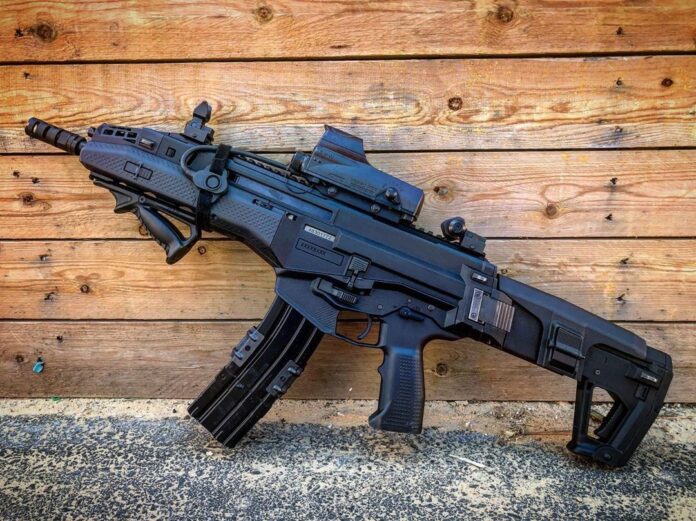 In a boost to the fledgling domestic small arms industry, two latest Israeli assault rifles — the Arad and the Carmel — are set to be manufactured in India, ThePrint has learnt. The assault weapons are to be produced under the ‘Make in India’ initiative in Madhya Pradesh, where a plant had been set up in 2017 by Israel Weapons System (IWI) in a joint venture called PLR Systems.

While Punj Llyod originally held 51 per cent shares in the joint venture, it was bought over by a company called Fouraces System India Private Limited with the Indian conglomerate facing debt issues. The joint venture is aiming for contracts from the Special Forces of the Army, Navy and Air Force besides the central armed police forces and the state police, sources said.

Interestingly, PLR systems, now run by Col Ajay Soni, already manufactures number of small arms like the Tavor series, the mainstay of the special forces, in India along with others like the Galil sniper rifle, Uzi Pro submachine gun, Masada pistol and the Negev Light Machine Gun (LMG) with indigenous content ranging from 40-60 per cent.

These rifles are to be used by the frontline troops while it has selected AK 203, a 7.62x39mm rifle, to be built in India under a joint venture between state-run OFB and Russian Kalashnikov Rifles, for the rest of the force.

“The plan is now to manufacture the Arad and Carmel, which are the latest offering from the IWI, in India through the joint venture,” a source in the know of the development said.

The sources said unlike in other cases where Make in India happens based on orders from the country, the PLR Systems are manufacturing the arms in India and then offering them for trials.

The company has already delivered various units to forces under the Home Ministry and the plan is now to offer Carmel and Arad.

Carmel is a multi-purpose, modular, 5.56X45mm caliber assault rifle for modern warfare, which has been supplied to many customers around the world.

It is meant to be a fully ambidextrous platform, equipped with military standard 1913 Picatinny rails on all sides to allow compatibility with any available sights, devices or accessories.

Arad is an M4-type Assault Rifle, intended for all kinds of combat scenarios with its ability to change calibers. The rifle can be changed to shoot two different caliber bullets — 5.56 and 300 BLK.

The sources said the joint venture is also looking at export of the products it manufactures in India.