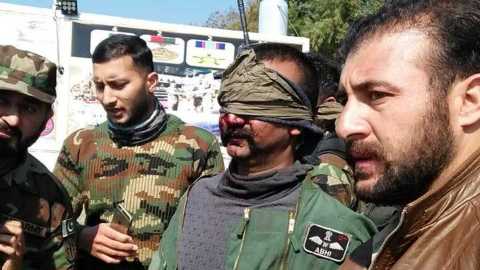 Unfortunately, in this confrontation, India lost one MiG-21 in the Pakistan territory and the Wing Commander Abhinandan Varthaman was missing in action. Pakistan later claimed that they had captured an Indian Pilot.

Right after this, few videos started circulating widely on the Social Media. In the first video, Indian Air Force Pilot Abhinandan Varthaman was seen being beaten by the local mob in pakistan. In the second video, Commander Abhinandan was seen wounded & blind folded and being interrogated by Pakistan’s Army. But in the third video, Commander Abhinandan was seen thanking Pakistan Army’s Senior Officials for their kind gesture. He was also seen taking sips from a cup of tea in the third video and thanking the Pakistan Army’s seniors for saving him from the mob.

Now that Pakistan has declared the Indian Pilot as Prisoner of War (PoW) then he has to be treated like one. According to the guidelines of the Geneva Convention, if an Indian Pilot is in Pakistan’s custody then he has specific rights.

Indian Government on the other hand is in no mood to buckle under pressure. PM Shri Narendra Modi chaired a crucial security meeting in the evening and gave free hand to the Army, Navy and Air Force to take a future course of action.

What is Geneva Conventions?

The Geneva Conventions comprised of 4 Treaties and 3 Protocols. As per these conventions, any wounded soldier or shipwrecked soldier or Prisoner of War should be treated humanely. It further entitles the right to proper medical treatment & care. It also states that No nation may use torture to extract information from the PoWs. Read more about Geneva Conventions.

A Similar Incident from The Kargil War

During the 1999 Kargil War, Flight lieutenant K Nachiketa was flying MiG-27. He was targeting the Pakistani posts when he ran out of luck. Due to some technical difficulty in his jet, he had to eject. He was captured by the Pakistan Army and was declared Prisoner of War. He was brought back to India within 8 days.

Got Queries? Ask with #Abhinandan