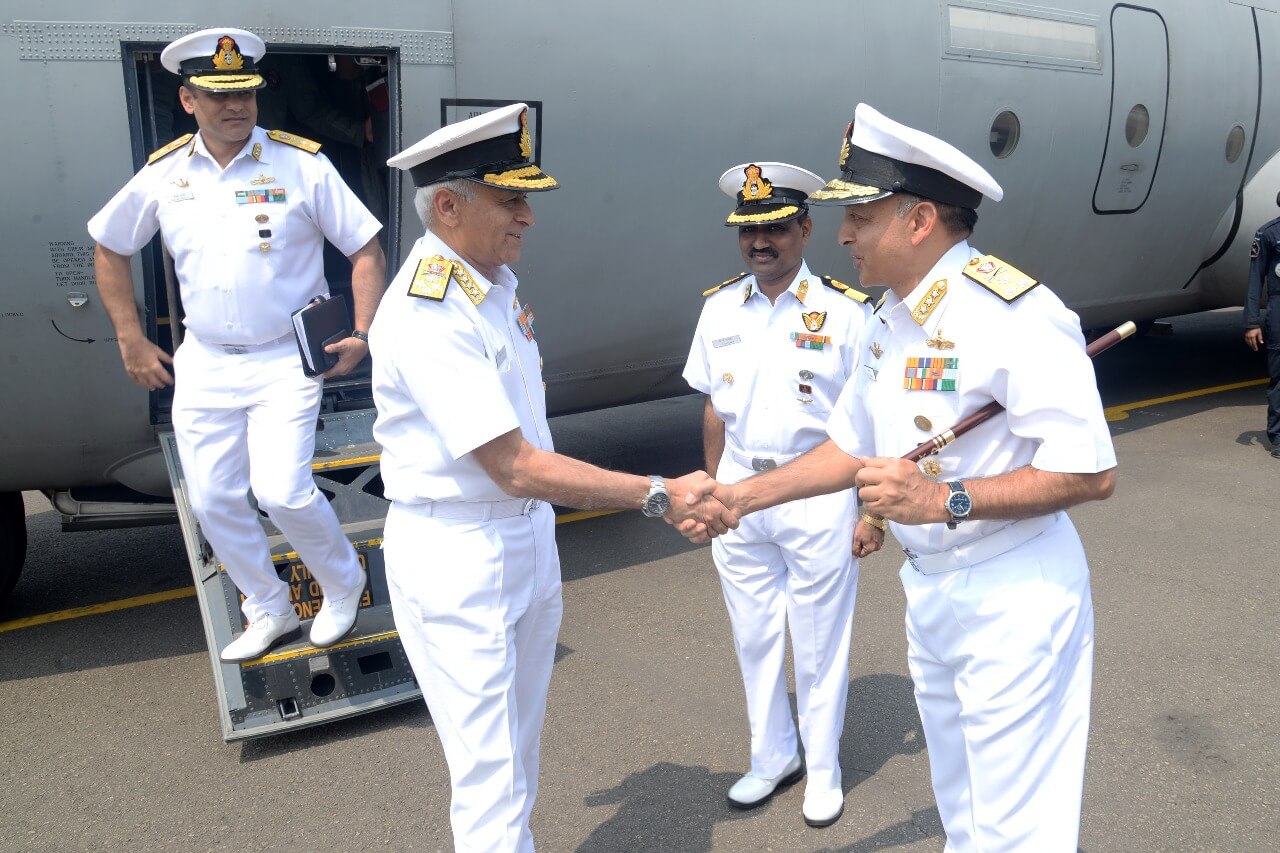 Indian Navy chief Admiral Sunil Lanba has reviewed the annual operational readiness excercise: Theatre Level Readiness and Operational Exercise (TROPEX) following his arrival at Kochi under the Southern Naval Command on Monday. He visited Naval base Kochi for the debrief of the recently concluded drill in the sea.

Commanders-in-Chief of all the three naval commands, along with a number of senior operational commanders and representatives from Indian Army, Air Force and Indian Coast Guard attended and participated in the discussions held at the Naval Base Kochi.

Lessons learnt from the exercise will provide the Indian Navy accurate assessments to fine tune combat deployments, force structuring requirements, operational logistics as also material and training imperatives. Admiral Lanba while addressing the senior leadership and officers of the Navy congratulated them on the high level of professionalism and commitment displayed during the exercise.

He urged one and all to maintain the high tempo of operations and keep sharp vigil including stringent security measures to ensure safer coasts and secure seas. The Navy chief stated that the Navy will always remain ready to protect, promote and preserve national interests in the maritime domain.

The Annual Integrated Theatre Level Operational Readiness Exercise – in short TROPEX – the largest maritime exercise of the Indian Navy was conducted in the month of February in the Arabian Sea and North Indian Ocean.

TROPEX 2019 was thus far the largest in terms of geographical extent covering the IOR, and also with regard to number of units participating. The exercise was conducted from January 7 and graduated smoothly into providing the Indian Navy a high operational readiness posture post the Pulwama attack on February 14.

About 60 ships of Indian Navy, 12 ships of Indian Coast Guard and 60 aircraft participated in TROPEX 19. The exercise also included a Tri-services amphibious exercise that saw the participation of Army and Air Force personnel and assets.

As a prelude to TROPEX, the largest coastal defence exercise over codenamed ‘Sea Vigil’, was conducted on January 22 and 23 with participation of all coastal states and union territories along with all maritime stake holders. Overall, the exercise validated the Navy’s readiness and capability to meet various mandated roles, in support of national objectives. Admiral Lanba left Kochi in the evening.

Got more queries? Ask with #TROPEX