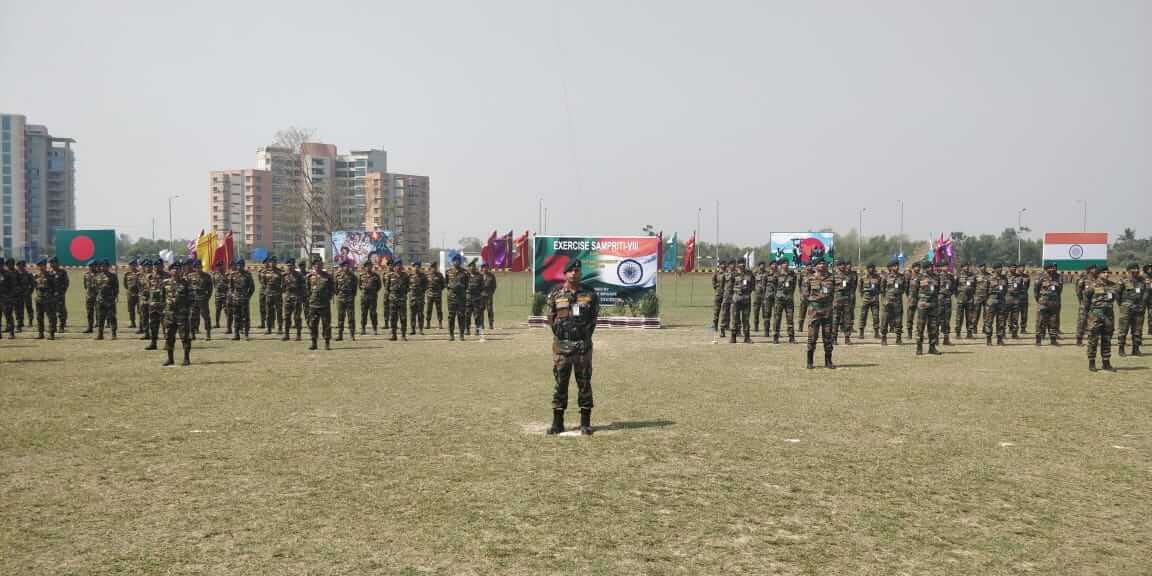 India and its neighbour Bangladesh took part in the eighth edition of its joint military exercise Sampriti-2019 on counter-insurgency and counter terrorism from March 2 to 14 as part of the ongoing defence cooperation between the two countries. The drill was conducted at Tangail in Bangladesh. Sampriti 2019 is the fourth Indo-Bangladesh exercise at Tangail, Bangladesh.

Earlier in a statement, Defence Public Relations Officer (Kohima) Colonel Chiranjeet Konwer said on Feb 27th, 2019, “Exercise Sampriti-2019 is an important bilateral defence cooperation endeavour between India and Bangladesh and this will be the eighth edition of the exercise which is hosted alternately by both countries.”

He added, “The exercise is aimed to strengthen and broaden the aspects of inter-operability and cooperation between the Indian and Bangladesh Armies. The exercise will involve tactical level operations in a counter insurgency and counter terrorism environment under the UN mandate.”

Col Konwer elaborated, “In addition to understanding each other in tactical level operations, emphasis will also be laid for greater cultural understanding to strengthen military trust and cooperation between the two nations.”

Got Queries? Ask with #Sampriti2019