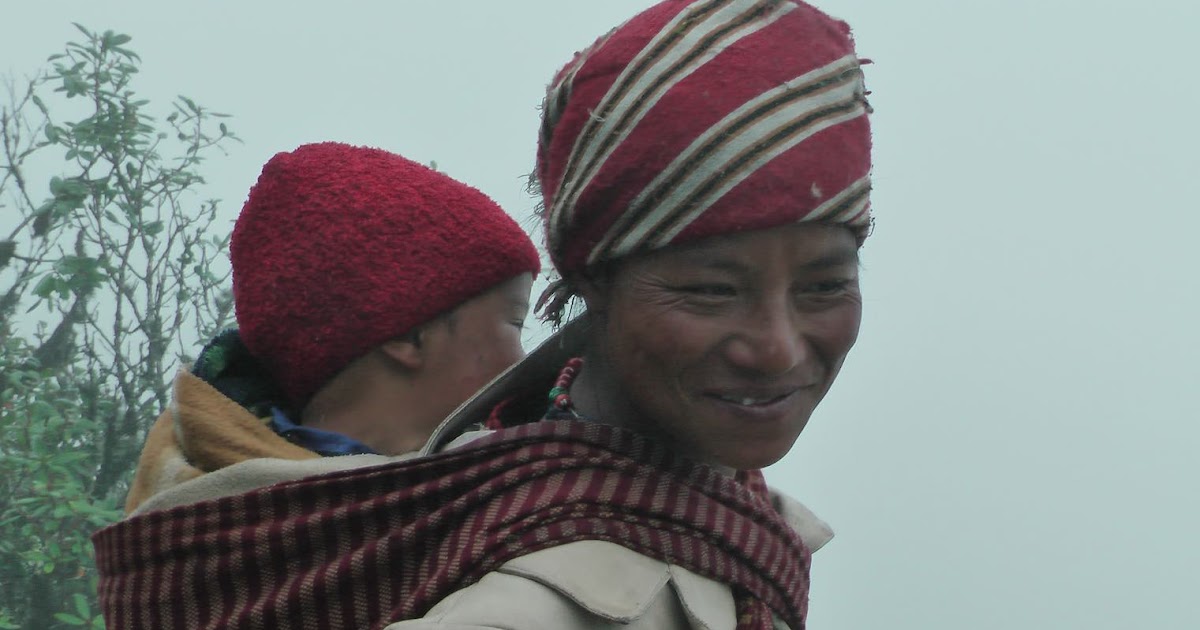 China is relocating Tibetan herders to villages along the border to claim ownership. India cannot afford to abandon its border residents (Picture: Nomads near Tawang) to their fate

They say you can fool some people all the time; and everyone from time to time; but not everyone all the time. This adage proved true on the Line of Actual Control (LAC) – the de facto border between India and China – where New Delhi refused to acknowledge China’s April 2020 military land grab in at least seven places in eastern Ladakh. Despite the government’s insistence that all is well on the LAC, a highly credible section of local Ladakhis – the nomadic yak herders who live along the borders – have publicly lamented that Chinese troops and border guards refuse access to their traditional border pastures. Worse still, they are without support from the Indian government: the army and the Indo-Tibetan Border Police (ITBP), which guard the border, do nothing to protect Ladakhi herders while they take their animals to their traditional pastures. .

Under these circumstances, a local elected official in Ladakh publicly denied the New Delhi fiction that Chinese and Indian military commanders negotiated a mutual and equal disengagement of troops and created buffer zones on either side of the LAC to separate the two armies. Konchok Stanzin, who appeared on a well-respected TV news channel, is a two-term councilor who represents the area between Hot Springs and Chushul on the Leh Autonomous Hill Development Council (LAHDC). Speaking on television, Stanzin highlighted the plight of unarmed Ladakhi herders who have faced the wrath of aggressive Chinese border guards.

Mr. Stanzin did not appear out of the blue last week; he is a widely respected legislator. He says he wrote in 2019 to the Prime Minister’s Office (PMO) to complain about aggressive Chinese behavior that made Ladakhi nomads fear the consequences of bringing their herds back to their pastures. He pointed out that this was not just the herders’ problem, but India’s. Indeed, territorial claims along the LAC are based on village grazing records, which must be reaffirmed each year by the physical presence of nomads with their herds.

To Mr. Stanzin’s surprise, the PMO, after three years of silence, replied to his letter a few weeks ago. The letter, classified “secret”, was signed by Lieutenant General Anil Chauhan (retired) and requested a meeting with Mr Stanzin in Leh. Mr Stanzin says that when General Chauhan (who was appointed Chief of the Defense Staff, or CDS) last week came to Leh last month, he told him unequivocally that areas such as the Chabzi village, from where the Chinese were blocking the visit of Ladakhi herders, was Chinese territory, not ours. Mr. Stanzin said he pointed out that the areas which are now buffer zones (neutral zones which separate the two armies), were visited each summer by Ladakhi herders and their herds. This was also true for areas south of Pangong Tso, where grazing around Black Top, Gurung Hill and Helmet Top – which Indian special forces had occupied in August 2001 – was now off limits.

Large areas north of Pangong Tso were also denied to Ladakhi herders; and the north side of Kugrang Valley, Dhan Singh Post and Marsamik and Hot Spring areas. The bitterest pill the Ladakhi herders had to swallow was that it wasn’t the Chinese soldiers or border guards who turned them back. Instead, it was Indian Army soldiers and ITBP soldiers who turned away their own herders, on the grounds that it was Chinese territory.

The Ladakhi herding community also laments the waythat the territories claimed by both New Delhi and Beijing are stripped of their local identities. Prior to the 2020 PLA ​​incursions, the local population used Ladakhi place names. But now, with the massive deployment of PLA and Indian troops along the border, the traditional names were arbitrarily replaced with military terminology – like “PP-1, PP-2” and passion, “Adm Base”, “Dhyan Singh Post” and the various “fingers” along the shores of Pangong Lake. Replacing traditional names with military nomenclature, according to respected Ladakhi scholars such as Siddiq Wahid, has the unintended consequence of “invisibly-izing” the local population and diluting their longstanding claims to territory.

New Delhi’s cavalier treatment of border territories and people contrasts alarmingly with Beijing’s strategic treatment of areas along the China-India border. A study by Human Rights Watch (HRW) on the Tibetan regions bordering Arunachal Pradesh, revealed that an initiative personally led by President Xi Jinping since 2017 involves setting up villages in disputed border areas. In a major investigative article in May 2021 in Foreign Policemagazine, Tibetologist Robert Barnett told how it works.

Professor Barnett’s article details the case of four Tibetan nomads from the remote region of Beyul Khenpajong, disputed between Bhutan and China. Until 1995, like other yak herders, the four grazed their herds in Beyul, returning to their village in Tibet when the winter snows closed in. But in 1995, local Chinese Communist Party (CCP) officials told them that the Beyul was Chinese. territory and that it was their duty to protect it by physically remaining there all winter. For the next 20 years, the four herders wintered alone in the Beyul, in the most primitive conditions and without contact with the outside world.

Every summer, CCP officials organized the shepherds to do small tasks to reaffirm China’s claims. Professor Barnett writes: “These included driving herds of yaks onto land grazed by Bhutanese herders in Beyul, demanding tax payments from Bhutanese herders, planting Chinese flags on peaks and to paint the word “China” on rocks throughout the region. Faced with this sustained pressure and without any support from their own army or government, Bhutanese herders moved away, abandoning their traditional pastures.

In April 2020, Communist Party of Tibet Secretary Wu Yingjie came all the way to visit the new village and hail herders as heroes of China. In July 2021, Chinese President Xi Jinping visited Tibet for three days, focusing on the Tibetan city of Nyingtri (Nyingchi or Linzhi in Chinese). Nyingtri is of strategic interest to India, as Beijing views Arunachal Pradesh as a southern extension of Nyingtri prefecture.

Over the years, around 250,000 Tibetans have been resettled in vulnerable pockets along the border. China is exerting similar pressure on several contested sections of the border, says Professor Barnett. He says CCP officials in Tibet are “transforming complicated local Tibetan histories of cross-border grazing, monastic claims and family traditions into state-level claims by China.”

Similar initiatives, aimed at consolidating China’s hold on the border areas, are being pursued at the highest level.

Playing Chinese checkers on the LAC is not for the faint-hearted. The Indian army has shown that it is up to the PLA, but it is too often held back by a timid political leadership. We must ensure that our border guards, whether military or civilian, never have to face the Chinese at a disadvantage.